Chas Bountra, Ph.D., is Professor of Translational Medicine in the Nuffield Department of Clinical Medicine and Associate Member of the Department of Pharmacology at the University of Oxford in England. He is also a Visiting Professor in Neuroscience and Mental Health at Imperial College, London. Dr. Bountra is an invited expert on several government and charitable research funding bodies, and an advisor for many academic, biotech and pharmaceutical drug discovery programs.

Prior to returning to Oxford, Dr. Bountra was Vice President and Head of Biology at GlaxoSmithKline. He was involved in the identification of more than 40 clinical candidates for many gastrointestinal, inflammatory and neuropsychiatric diseases. More than 20 of these molecules progressed into patient studies, and more than five of these delivered successful “proof of concept” data and progressed into late-stage development. Dr. Bountra was involved in the launch and development of the first treatment for Irritable Bowel Syndrome (Alosetron) and was the first to show that neurokinin NK1 antagonists are anti-emetic in pre-clinical and clinical studies.

Dr. Bountra believes the SGC has become a leader in human protein structural biology and epigenetics chemical biology and is arguably one of the most successful open innovation, public-private partnerships in the world. Furthermore, with many recent local developments (Target Discovery Institute, Kennedy Institute, Dementia Institute), he believes that Oxford is emerging as one of the major academic drug discovery centers in Europe.

Dr. Bountra has delivered more than 300 invited lectures, was voted one of the “top innovators in the industry” by Pharmaphorum.com in 2012 and was named a Member of the Order of the British Empire for service to translational medical research in January 2018. 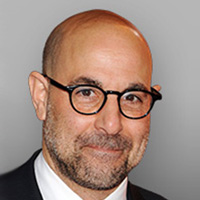